This Algorithm allows you to display the probability that the text was generated by OpenAI's GPT Model. 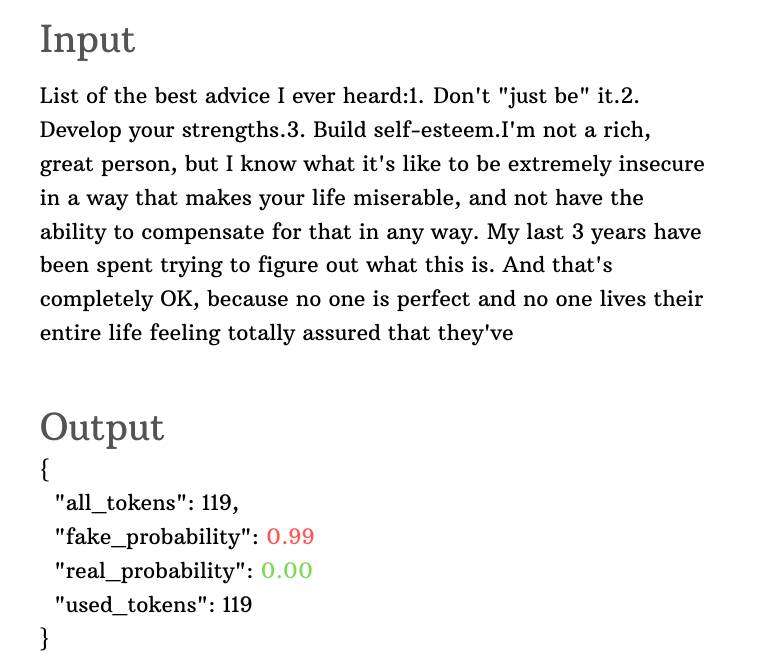 The text generated using the GPT Models mimics human speech and language patterns which makes it almost indecipherable from normal human text. You can check it out here at Talk to Transformer.

But, luckily OpenAI also released a GPT Detector which makes it possible to detect text generated by the GPT Models.

This algorithm is a hosted version of the same, it allows you to leverage the GPT Detector in your applications with minimal code, no client side configuration.

Input the text which needs to be analyzed:

It will be ideal if the text is a simple string with minimal punctuations and no emojis, as those are tend to throw the model off sometimes.

Describe the output fields for your algorithm. For example:

\"Thanatos In appearance, Thanatos was a long, sleek ship.\n\nBattleships The bridge of a Battleship looked like a giant space helmet. The most incredible thing about them was that they could both fire and lay dormant at the same time.\"